Companies often find it difficult to showcase themselves as development-oriented organizations. This was a challenge one of our clients – Sabre, a leading tech company that powers the travel industry – faced a while ago. The company provides solutions designed for retail, distribution, and order management, supporting airlines, hoteliers, and travel agencies in operating more efficiently, increasing their revenues, and offering a tailored travel experience. Inspired by Sabre’s scale of operation and needs related to the conducted recruitment processes, we came forward with a proposal to launch the Sabre Ambassadors project; the idea was to have such ambassadors-employees show and tell others what their typical workday was like.

The KPIs:
The execution:

We started off by consulting Sabre Polska’s Communications Department and selecting 15 ambassadors who were to help us achieve two goals:

Those who became Sabre Ambassadors were individuals who were involved in the company’s activity, communicative, and trustworthy. Since we decided earlier on to divide them into 5 different groups to reach, i.e. interns, those with intermediate and advanced knowledge of technology, non-tech people, and tech-boomerangs, our representatives had to display the necessary expertise in and experience with the subject areas they were assigned to.

In order to be able to achieve the set goals, we prepared dedicated graphics for the campaign – featuring Sabre’s representatives’ profiles so that the target audiences could learn more about them and remember them as examples to follow. The next step was to run a series of training sessions for the ambassadors, which involved discussing the goals we had set and the ways to achieve them. The training sessions aimed to prepare the chosen individuals to act in their new role and represent the company with dignity. The above was accompanied by two professional photo sessions – in a studio and in Sabre’s new office. We also recorded a series of videos which we had written scripts for and later edited. Working with the client in an atmosphere of mutual understanding made the process effective and efficient, and brought about outstanding results – both during the shooting and the recording.

The assets we created were used in the following way:

The effects of our work in the form of consistent Sabre-themed visual content and promotional materials can be seen on Sabre Polska’s social media platforms – Facebook, LinkedIn, YouTube, and on the company’s profile on pracuj.pl. 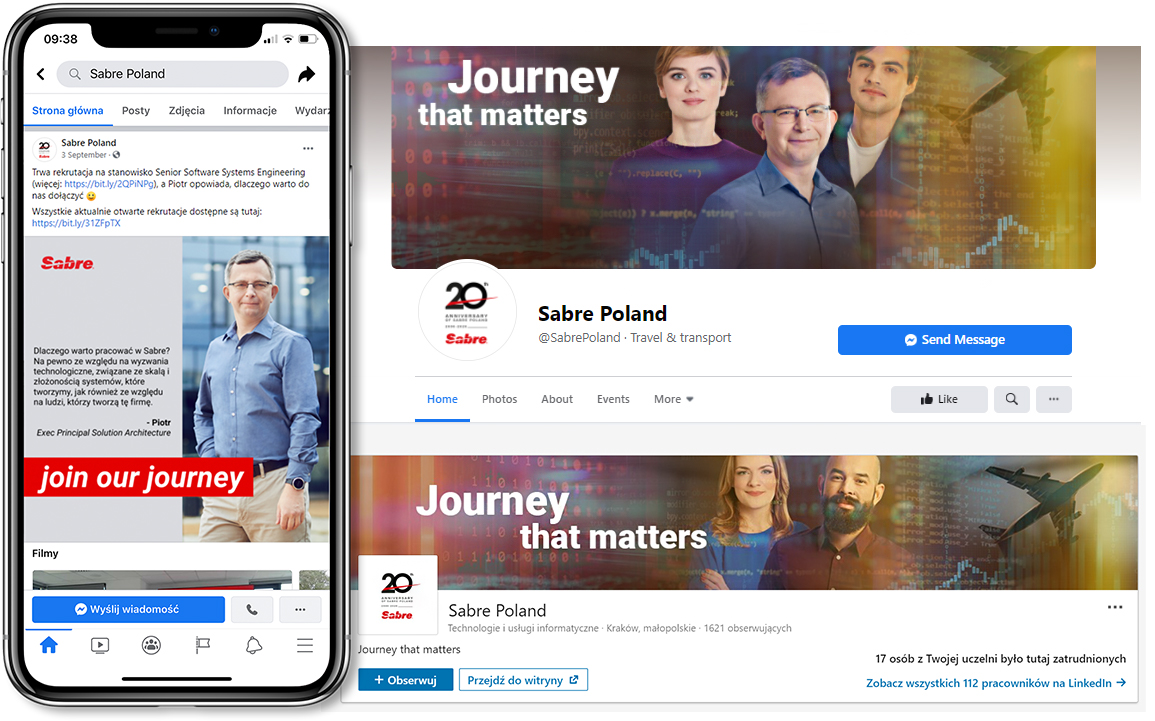 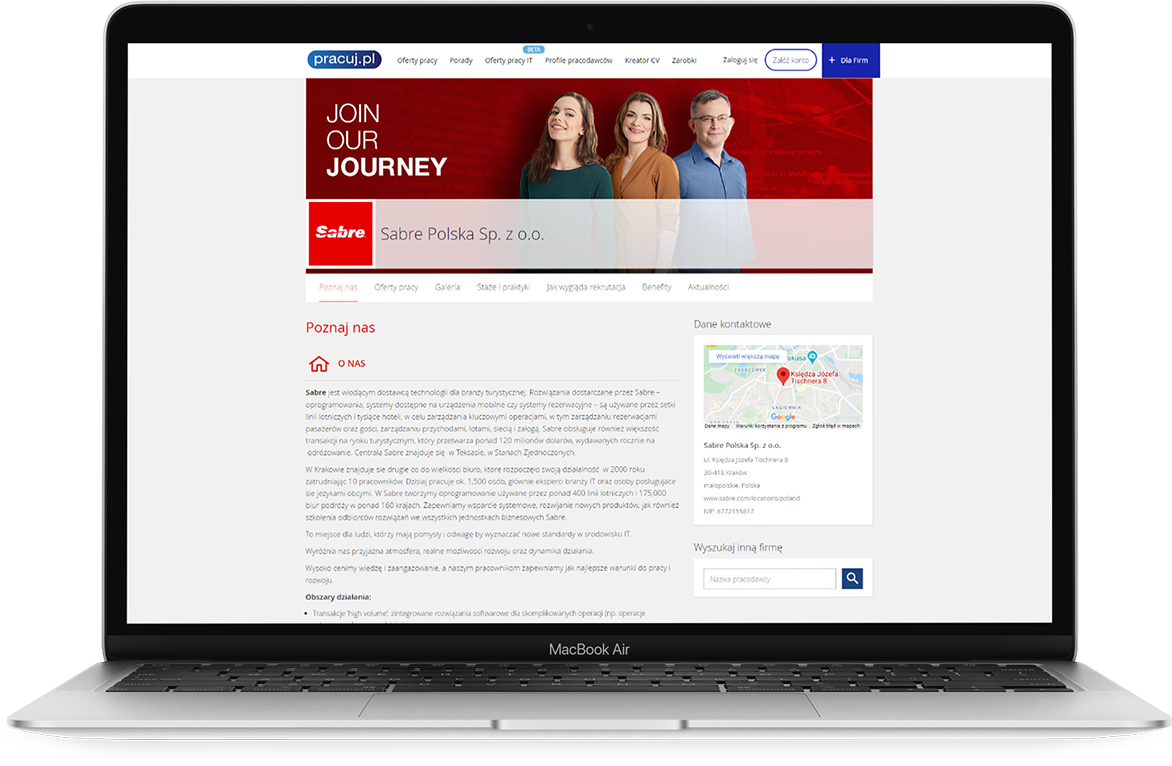